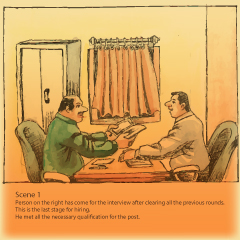 A study by Transparency International (TI) in India found that more than 50% of people interviewed had firsthand experience in paying bribes or peddling influence to get a job done in a public office. This shows that corruption has entered into the nook and corner of our country.

Corruption is no longer a one time act but has become the habit of the citizens of a country to get their work done. Corruption is as old as governance; so are the possibilities of the misgovernance of the rulers. Kautilya points out how corruption was rampant amongst the administrative officers and the law enforcers of his time and how it affected the treasury. 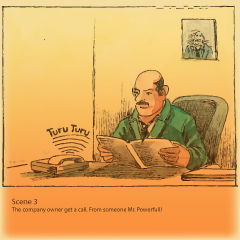 He writes in Arthashastra: “All undertakings depend upon finance. Hence foremost attention shall be paid to the treasury. Kautilya observes that for those who guard the treasury, the temptation to be dishonest is almost a natural instinct. He says, “Just as fish moving underwater cannot possibly be found out either as drinking or not drinking water, so government servants employed in the government work cannot be found out (while) taking money (for themselves). 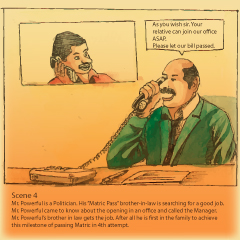 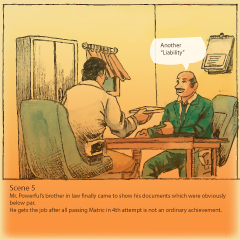 Corruption in the World

Corruption and the avarice of the rulers were the main reasons behind some of the strongest revolutions in the history of the world. The French Revolution, the October Revolution in Russia, the fall of the Chiang Kai-Shek Government in China, the revolutions in the Arab world, and even the defeat of the mighty leaders in India at the hands of the electorate in the past stand testimony to it.

We know much about different elements of anti-corruption work. However, there is no formula that will always work. How to address corruption always depends on the context. Experience of anti-corruption programming since the 1990s shows a constant tension between holistic and targeted approaches. Corruption results from a system of factors that facilitate and drive it. These factors range from individual attitudes to international opportunity structures – which points towards favouring holistic approaches. However, not all reforms are feasible in every setting. This, in turn, argues in favour of focused approaches, and to seek out context-specific opportunities. There must be a strong focus on education; it must reinforce best business practices and alert managers and employees where to look out for corruption. This can be achieved by introducing mandatory learning such as anti-money laundering (AML) courses. Senior executives and management must set a strong culture of honesty and integrity by leading by example.

Corruption is likely to be reduced with accountability mechanisms in place; this is likely to reinforce a culture that fosters strong ethical behavior while holding those to account who violate the norms. Corruption can further be reduced by making it easy to report, whether by managers, employees, suppliers, and customers, although it is often overlooked by colleagues. A robust control environment reduces the risk of corruption. Human capital management functions such as hiring and promoting employees should include thorough background checks.