Right to freedom is a positive right and is conferred by the Constitution in order to promote the ideal of liberty held out by the Preamble. In this article, we will look at the main points of the:

Article 19 forms the core of the chapter on Fundamental Rights.

In original Constitution, under Article 19(1) there were 7 freedoms given, that is from (a to g), However, Article 19(1)(F) that is - freedom to acquire property anywhere in the territory of India was abolished by 44th Amendment Act, 1978, by Janta Party Government.

According to Article 19(1) following freedoms have been mentioned –

Every citizen of India shall have the right to:

a) Freedom of Speech and Expression

b) To assemble peacefully without arms

d) To move freely throughout the territory of India.

e) To reside and settle anywhere in the territory of India.

g) To practice any profession or carry on any occupation, trade and business.

The freedoms given under Article (19) are not absolute in nature, on certain ground these can be reasonably restricted.

Following are the grounds for reasonable restrictions on above mention freedoms

Protection in respect of conviction of offenses.

Exception – Immunity against Double Jeopardy extends only in the case of decision taken by Courts or Judicial Tribunals.

Exception – If any object or document is searched and seized it can be produced before the court as piece of evidence. 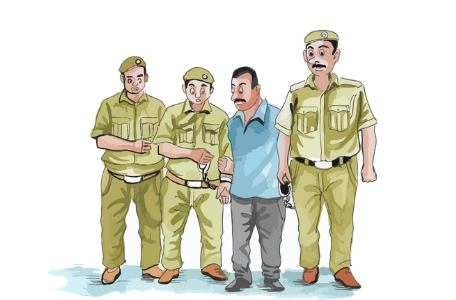 Right to life and personal liberty

No person shall be deprived of his life and his personal liberty except in accordance with the ‘procedure established by law’.

Over the years Article-21, became very important Fundamental Right and Foundation stone of Part-III of the Constitution. The Supreme Court through liberal interpretation of this article derives several inferred rights out of this Article.

The inferred or composite rights are those rights not directly given in the Constitution but have been derived by the Supreme Court through interpretation of various provisions of the Constitution.

Some of the Inferred Rights derived from Article-21 are-

Rule of law is a British concept given by Professor Dicey it reflects parliamentary supremacy. It includes 3 things-

b)    No one can be punished without any breach of law.

c)    Everyone is equal before law.

Procedure establish by law is Indian concept as given in Article (21). It reflects Constitutional supremacy; it means a law so made can be fudged only from the perspective of legislatures competence. It protects the citizen from executive acts.

In Indian Constitution, although procedure establish by law in given, however in Maneka Gandhi case (1975), Supreme Court in its decision also added the phrase ‘Due process of Law’. It means now the citizen are protected by both Legislation and Executive action. 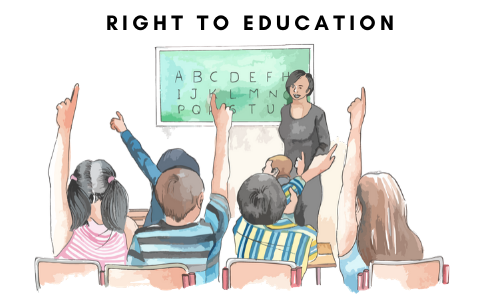 Right to Education for children between the age of 6-14 years.

It shall be the duty of the state to provide free and compulsory education to the children between the age of 6-14 years in such a manner as the state may think fit. (added by 86th Amendment Act, 2002, by Vajpayee Government but implemented with effect from 1st April, 2010 by Manmohan Singh Government).

Protection against arrest and detention in certain cases:

a)  No person shall be arrested or detained by any authority without properly informing him the ground for such arrest or detain.

b) He must be produced before the nearest magistrate within 24 Hours of such arrest/detention. (Excluding holidays, or time taken during the journey)

c)  No such person can be denied the right to consult and to be defended by any legal protection of his choice.

b)   The personal arrested/detained under preventive detention.

Under preventive detention a person can be detained for a maximum period of ‘3 months’, however if the Government wants to detain him further, his detention must be authorized by an advisory body, which is purely judicial.
The detained person shall be informed about the ground for such detention as soon as possible. He must be given an earliest opportunity to present his case, before the concerned authority.